Posted by Unknown Posted on 7:05 AM with 4 comments 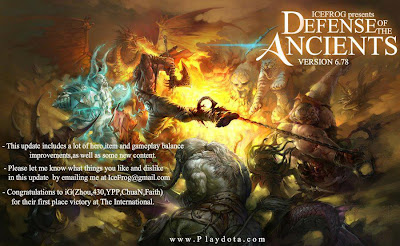 as we know it on the map v6.78 lot of us find bugs. To update the bug, IceFrog has updated it in the map 6.78b. Hopefully in the v6.78 map the earth spirit kaolin reduced his ability, because this hero is really crazy abilities.